Are solar-powered data centers just a PR stunt? What the numbers say

However, those who actually know how much energy a data center guzzles every day are surely skeptical about the whole concept. Website and app servers run 24/7 with virtually no downtime and their power demand is almost constant day and night.

Knowing this, it is evident that data centers are almost impossible to cover with an intermittent power source, so the million-dollar question is — are solar data centers really a good idea and will we see more of them in the future?

Yes, There are Other Ways to Make it Green 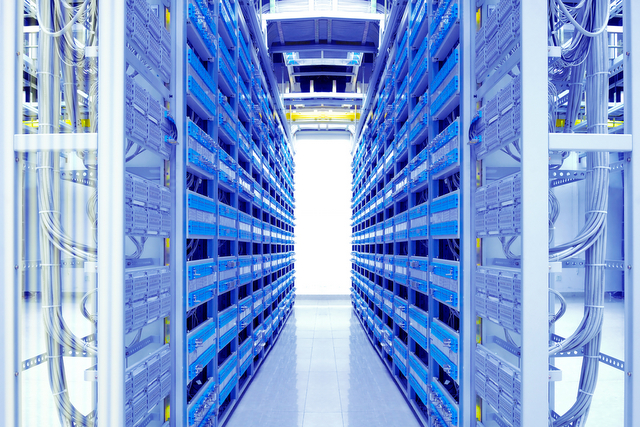 One of the first thoughts that come to a skeptical mind is that increasing energy efficiency might be a better green option than actually trying to add a complex solar farm on top of your data center. To be completely honest, modern server equipment has already evolved to a point where it saves considerable amounts of energy.
In one of my Luminext interview sessions, I had a chance to speak with Klaus-Dieter Lange, chair of the SPECpower committee about the SPEC server efficiency tool and modern server energy use. Discussing the topic of efficiency investments, he revealed that the difference in price between a regular and efficient server becomes evened out with energy savings within months.

This does not mean that you are not still using large amounts of electricity. It just means that the quantity of power you use is so big, that shaving off a certain percentage equates to a lot of money.

Another option skeptics love to throw in is building it green — advanced ventilation systems, dug in structures and heat-reflecting exteriors to keep temperatures inside optimal. However, this will again only make a dent in the carbon footprint of the whole data center. To really make a data center green, you have to focus on the energy supply, and once we decide to do that, we face a math problem.

What Does the Math Say?

The math is quite simple actually, and it has already been published in a 2015 CleanTechnica article. Even with tropical sun levels and good insulation of your structure, you would need a 2,800-sq-ft field to support a single server rack, or for a very modest 10 rack data center, a staggering 28,000 square feet in total.

To put numbers into context: It takes half a football field covered in solar panels in best weather conditions to power a small one room data center. Scaling it further up, it becomes painfully obvious that you have to have a lot of land to produce that much power.

This brings us to the main question that answers it all — are there data centers currently supplied with 100 percent renewable energy and why would anyone aim to generate solar electricity to supply a data center?

We already know what Google decided to do. They just made long-term commitments to purchase large quantities of energy from renewable energy sources through environment-friendly utilities. It’s far from 100 percent, but they increased their efforts by improving overall energy efficiency in their data centers.

Microsoft made similar commitments for purchasing renewable energy, but they combined it with investments in flow battery research that would allow better use of renewable energy sources for data centers.

Apple probably went a little bit too far, claiming that they already run their data centers on 100 percent renewable energy. This is achieved only through the purchase of green credits from other companies as these levels of renewable energy are surely not available at every server location.

The Interest in Commercial Solar Power is Real

Green energy is an excellent PR angle, but keep in mind that energy in general is one of the top operational costs of running a data center. The current prices of green-generated electricity is surely motivating businesses to show an active interest in large scale solar solutions.

With dropped solar equipment prices and a decent net-metering policy, grid parity is available in many regions across the U.S. and the rest of the developed world. The 100 percent might not be reachable yet, but business owners will invest in as much renewable capacity as possible as it has good ROI on the long run.

Lastly, the most convincing argument for more solar powered data centers would be that data centers are very difficult to relocate. If you know that your servers are stuck in one location for a very long time, surely long ROI poses no problem at all.

Jacob Bayer is CEO of Luminext Incorporated, an energy consultancy that deals with energy rates, energy efficiency and solar solutions.