There’s been lots of buzz about silicon heterojunction [SHJ] solar cells and rightly so. SHJ is one of the more promising solar panel technologies to come along in some time due to its proven ability to improve conversion efficiency. In addition, panels employing SHJ cells have been able to improve overall temperature coefficient power output — to as low as 0.258 percent — helping to solve a problem that has caused more than a few solar panels to sputter on especially hot days.

How we got here 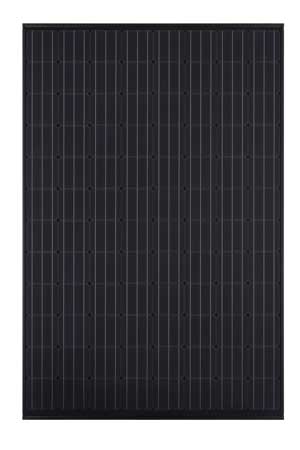 The history of SHJ goes back to 1980 in a lab at Sanyo Electric (now Panasonic). Sanyo engineered the world’s first amorphous silicon solar cells but given their low conversion efficiency — less than 10 percent — practical applications were limited. In the late 1980s, Sanyo continued to tinker, eventually developing solar cells with laminated amorphous silicon and thin-film polysilicon. Bucking the prevailing wisdom of the day, the amorphous silicon was used only as a conductive passivation material rather than as an electricity-generating layer. The result was greatly improved junction characteristics, and the SHJ solar cell was born. Sanyo researchers presented their findings at the Fifth Photovoltaic Conference in Kyoto, an international gathering of the photovoltaic research community, and excitement quickly spread. Ensuing milestones include the attainment of 20 percent efficiency in 1994 followed by the 1997 rollout of the world’s first commercially-marketed heterojunction solar cell. Since then, SHJ has seen continued improvement with the technology underpinning current records for conversion efficiency and reduced degradation rates.

Why are SHJ cells superior?

Let’s start with base materials. SHJ solar cells are made using a combination of amorphous silicon layers and monocrystalline silicon wafers, a material less prone to degradation under prolonged, intense light exposure. This unique construction lets the solar cell produce electricity at both the front and rear of the cell. Further, the use of multiple materials allows for the insertion of wider bandgaps, which lets the cell respond to multiple light wavelengths. The net result is superior conversion and the ability to maintain near-peak efficiency at higher temperatures.

Given the proven benefits of silicon heterojunction technology, why are some manufacturers sticking with older, more conventional technologies that use amorphous silicon only? While the benefits of SHJ have become widely accepted, high production costs have remained a stumbling block. But with recent advances in the metallization process that leverages SHJ’s ability to be processed at lower temperatures than amorphous silicon cells, SHJ may finally be moving into the mainstream. While SHJ panels still demand higher upfront costs than non-SHJ counterparts, higher conversion efficiencies, guaranteed performance metrics and longer warranties — up to 25 years from some manufacturers — have shortened the payback window enough to win over consumers who see the wisdom in committing to solar energy for the long haul.