In 2012, Strata Solar expanded its presence across North Carolina with 11 new solar farms, creating hundreds of jobs across the state. The leading solar developer’s total installed capacity, including farms, commercial and residential, will be over 75 megawatts at the end of this year. 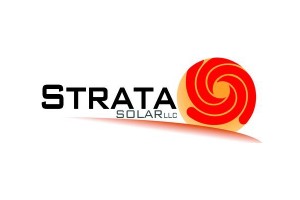 By building its solar farms in clusters, Strata Solar has been able to effectively hire, train and maintain a strong workforce and, in turn, contribute to North Carolina’s growing economy – hiring more than 400 staff this year. 125 local employees were hired in construction, installation and engineering capacities for the six solar farms in Strata’s “southern cluster” in Robeson county. An additional 250 individuals have recently been hired for its “western cluster” of six, 6.4-megawatt solar farms in Catawba, Cleveland, Davie, Gaston and Lincoln counties. In September, Strata hired 40 additional employees for its “northern cluster.” Early next year, Strata will begin work on its “eastern cluster” of solar farms and will hold job fairs to hire local employees for future farms in Pitt, Nash, Craven, Edgecombe, Lenoir, Wilson and Wayne counties.

“Strata has made utility-scale solar projects mainstream in North Carolina, allowing us to significantly expand our workforce” said Markus Wilhelm, CEO of Strata Solar. “With the continued support of regulators, legislators, and the utilities across the state, Strata will continue to create jobs, attract supporting businesses to the state and expand North Carolina’s role in the renewables sector.”

Strata has an overwhelming 800 MW of capacity in its pipeline. The solar powerhouse recently won approval for a 20-megawatt project in North Carolina. It will be the state’s largest project ever conceived, developed, built and owned by the same company. Strata also has plans for two 20-megawatts projects in Tennessee next year.

Strata’s proven expertise in providing renewable energy options to consumers and utilities has made them a leader in the Southeast. The firm specifically offers products and services to help utility, commercial businesses and residential homes generate reliable, clean energy.