PetersenDean, a privately-held roofing and solar company, has announced the expansion of its corporate headquarters at in Fremont, Calif. PetersenDean will remain the largest tenant in the three-story, 100,000-square-foot building.

In the past six months, the company has hired more than 500 staff members, according to Jim Petersen, Founder of PetersenDean. With the steady growth of its roofing and solar businesses, PetersenDean will be adding approximately 20,000 square feet of office space which will house 100 new staff members, Petersen said. With its expansion, the company plans to double its installations across all markets, which includes Arizona, California, Colorado, Florida, Nevada, Oklahoma and Texas. 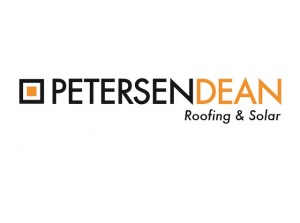 “As the economy continues to recover and solar becomes more affordable, we have seen huge increases in demand across the board with both residential and commercial. We estimate that roofing and solar manufacturing has grown about 400 percent from last year and is only going to grow more from here on, especially as the costs come down further and more and more municipalities change their energy policies to require solar,” said Petersen.

Specializing in new construction and retrofits, PetersenDean works with some of the nation’s largest builders and developers. Both of its residential solar and roofing business units for homebuilders have seen year-over-year growth. With more than a million roofs under its belt, PetersenDean employs 3,000 workers and operates in seven states.

As part of the commitment to create better buildings from an environmental and economic standpoint, PetersenDean is reinvesting in America with American-made products.

“We made a decision at PetersenDean to only source our products from North America. It’s costing us a little more money to buy these panels, but we are supporting the American economy, we are supporting the American worker and we’re reinvesting those dollars back in America,” said Petersen. “It’s that simple. I want to make sure that our products stand the test of time and that our customers are happy with it. And that’s why we choose to go American. It is time to take matters into our own hands. And that’s what Solar4America is all about. It is about lowering our electric bills. It is about creating our own energy policy. It is about American jobs, American panels, reinvesting in America.”

Founded in 1984 by Jim Petersen, PetersenDean is one of the largest, full-service, privately held roofing and solar companies in the United States. Specializing in new residential and commercial construction, PetersenDean works with some of the nation’s largest builders and developers. With more than a million roofs under its belt, the Fremont, CA-based company employs 3,000 workers.