How optimizers bridge the gap to 1,500-volt PV systems 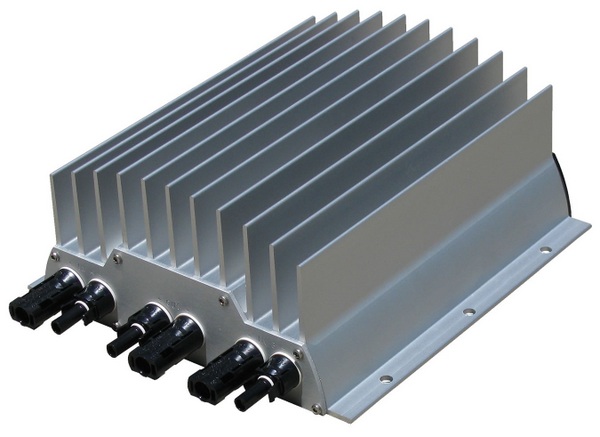 String optimizers, like this one from Ampt, put voltage and current limits on each string to achieve 100 percent longer strings without exceeding 1,000 volts.

The need to lower PV system costs is driving large-scale solar developers to consider changing from 1,000- to 1,500-volt DC systems. The United States PV market was able to lower the cost of PV systems by increasing the maximum system voltage from 600 to 1,000 volts a few years ago. A similar outcome is expected by raising the maximum system voltage again to 1,500 volts.

Higher system voltages drive down costs by reducing the amount of electrical balance of system (EBOS) components and increasing inverter power density. Raising the system voltage by 50 percent allows string lengths to be increased by 50 percent. Longer strings mean fewer strings for a given power level, which means 33 percent fewer combiners and cables per kW. This reduces the amount of associated labor as well.

Raising the maximum system voltage increases the operational voltage of the system. Increasing the system’s DC voltage capability allows the inverter to deliver a higher output voltage at the same current to increase the rated output power of the inverter. Typically, 1,500-volt inverters can increase their rated output power by 10 to 40 percent to use fewer inverters per system.

While 1,500-volt systems use fewer EBOS components and inverters at a system level to lower cost, there are barriers preventing the full value from being realized.

Equipment for 1,500-volt systems is more expensive since components must be redesigned to withstand higher voltages. As a result, the unit cost of PV modules, combiners and inverters goes up, which lessens the cost per watt savings. In addition, some manufacturers will initially be able to charge a premium due to the lack of availability.

While many of the codes and component standards have been defined for 1,500-volt systems, they still need to be recognized and adopted. Equipment manufacturers need to engineer products that meet the new standards. In addition, PV system designers, authorities having jurisdiction (AHJ) and installers need to learn how these new requirements impact their areas of expertise and develop new practices to operate accordingly.

Instead of navigating higher component costs, limited product availability and the complexities of new codes and standards associated with 1,500 volts, developers and EPCs can use string optimizers in 1,000-volt systems to realize more value.optimizer savings

By operating in 1,000-volt systems, string optimizers are used in a familiar environment where the codes and standards are well established, making this cost savings immediately available to markets world wide.

String optimizers in 1,000-volt systems enable longer strings and higher power density inverters while using 1,000-volt components that are readily available and already offered at volume pricing. As a result, string optimizers uniquely enable both materials and labor cost savings to lower total upfront system cost. Plainly stated, string optimizers deliver greater EBOS savings in terms of both quantity and unit cost. And the net savings from day one, after paying for the optimizers, is greater than the savings of moving to 1,500 volts.

In addition to the cost savings, a 1,000-volt system using string optimizers has a performance advantage over a 1,500-volt system without string optimizers. As the design block sizes increase, the maximum power point tracking (MPPT) resolution can decrease — that is, the MPPT per kW goes down. Lower MPPT resolutions diminish the system’s ability to recover energy loss due to mismatch. This problem is exacerbated as the system ages and degradation becomes more of a revenue inhibitor. 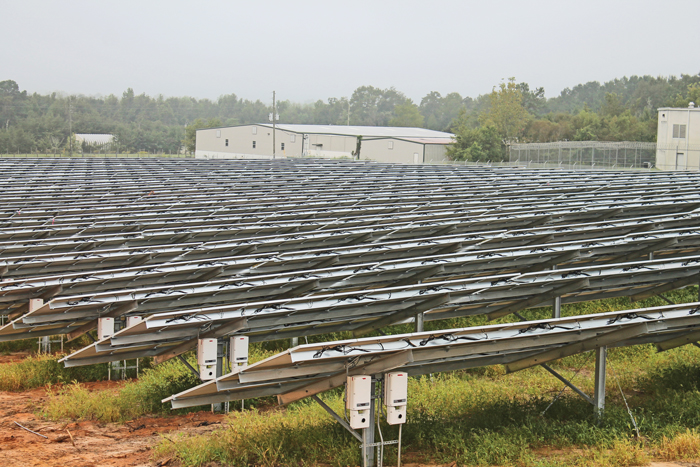 Mark Kanjorski is the director of marketing at Ampt.