Florida Power says it has big solar power plans in 2017 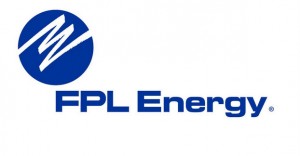 Florida Power & Light Co., the largest generator of solar energy in Florida, has plans to build on the successful completion of its latest solar energy centers with even more solar in 2017.

“By investing strategically in affordable clean energy, we continue to improve the efficiency of our system, reduce fuel consumption, lower emissions and help keep costs down for our customers over the long term,” said Eric Silagy, president and CEO of FPL.

In 2017, FPL plans to build four more 74.5-megawatt solar energy centers across the state, including sites in Alachua, Putnam and DeSoto counties that have received local approvals. Construction is expected to begin as early as the first quarter of 2017. Additional large-scale solar facilities are also in development and may be announced in the coming months.

In addition to large-scale, universal solar power plants that provide clean energy to all of its customers via the energy grid, FPL is also continuing to develop urban and community-based solar installations.

For example, in 2016, FPL built a major commercial-scale solar array at Florida International University’s College of Engineering & Computing in Miami. The 1.4-megawatt installation generates power for the energy grid and provides real-time data for students and professors conducting advanced energy research. The solar array is comprised of more than 4,400 panels on canopy structures that create shade for about 400 parking spaces.

Also, the Palmetto Estuary Nature Preserve in Palmetto, Fla., recently became the site of the newest community-based solar installation to be built via FPL SolarNow, a program supported by voluntary contributions from thousands of FPL customers. A 50-kilowatt solar canopy in the preserve’s parking area generates energy and provides shaded parking for visitors.

FPL plans to announce further enhancements to its innovative community solar offerings in the coming months.