Findings from the U.S. Solar Market Insight 2014 Year in Review 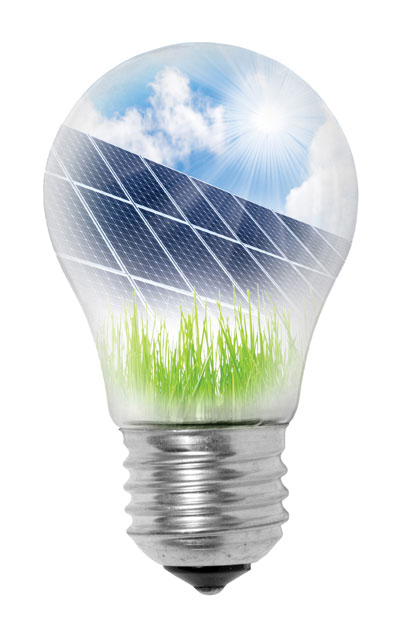 The most recent edition of the U.S. Solar Market Insight report from GTM Research and the Solar Energy Industries Association (SEIA) shows that in 2014, the solar power industry was responsible for 32 percent of new electric generating capacity in the United States. Also, the solar power industry has proven to be a huge jobs generator, employing nearly 175,000 people — more than tech giants Google, Apple, Facebook and Twitter combined.

In addition to being a record year in installation, 2014 was a busy period for project developers as utilities ramped up procurement opportunities to optimize the number of projects eligible to come online before the federal ITC drops in January 2017.

This rush was not only born out of the necessity of meeting RPS obligations, the analysts write, but it is also due to utility PV’s growing economic competitiveness in the broader electricity market. By year’s end, more than 4 GWdc of centralized PV capacity was procured by utilities based on solar’s competitiveness with natural gas alternatives.

Looking ahead to the rest of 2015, we expect utility procurement efforts to slow down as developers double down on efforts to complete ambitious project pipelines before the close of 2016. 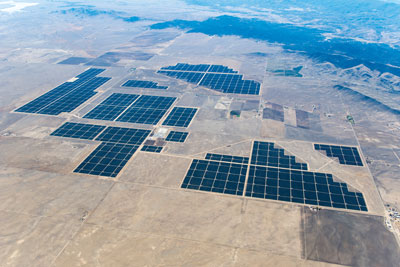 The U.S. Solar Market Insight highlights some notable projects, including Topaz Solar Farms
(pictured to the right) in San Luis Obispo County, Calif. At 550 MW, the solar plant is one of the two largest solar projects in the world. Owned by BHE Renewables, the PV solar project generates enough renewable energy to power more than 180,000 California homes. The project uses approximately 8.4 million panels. It generates
electricity with no emissions, waste or water use. The first phase of the project synchronized to the California ISO grid in February 2013. Topaz began commercial operations in October 2014.

A concentrating solar power project located on about 1,800 acres in the Mojave Desert. The project includes two 125-MW units.

■ 767 MWdc of concentrating solar power was brought online for a total of 20 GW in total installed capacity — which is enough to power 4 million homes or roughly, the city of Los Angeles.

■ 2014 marked the third consecutive year of greater than 50 percent annual growth in the residential solar market, with more than 186,000 individual installations completed during the year.

■ In 2014, California once again reigned supreme as the largest residential market in the United Sates, adding well over half a gigawatt for the first time on an annual basis.

■ While California remains by far the dominant source of residential solar demand, in Q4 2014, for the first time ever, more than half of all residential solar in the United States came from other states. This has been a slow but consistent trend throughout 2014, with Massachusetts, New York, Maryland and others growing even faster than California.

■ 600,000 homes and businesses now have on-site solar (nearly 200,000 of these installations were completed in 2014), and six states are home to more than 500 MWdc each of operating solar capacity.

■ More than one-third of all cumulative operating PV capacity in the United States came online in 2014.

■ By the end of 2014, 20 states eclipsed the 100 MWdc mark for cumulative operating solar PV installations, and California’s market alone is home to 8.7 GWdc.

The utility-scale market shows the most dramatic drop in 2017 not only because of the challenges posed by the lower ITC, but also because project developers have largely turned their attention to bringing their contracted projects online before the end of 2016 in order to capture the full 30 percent credit. Installations are expected to drop 57 percent in 2017.

The research analysts forecast that PV installations will reach 8.1 GWdc in 2015, up 31 percent over 2014. They say that growth will occur in all segments, but especially the residential market. Utility PV will grow the slowest compared to 2014, but will still account for 59 percent of all installations brought online.