Fact: People want solar energy. Here are some stats on why 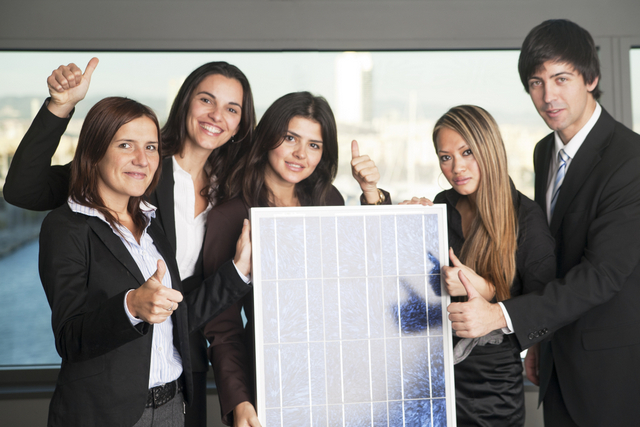 See? They love it.

One truth that gets glossed over in the debate over how much or how little to incentivize solar energy as part of our energy future – people actively want it. Two reports were released last week to provide some more insight into who these people are and what they like about solar.

“People are motivated to buy solar because of the dramatic cost savings,” explains Carly Fink, principal, head of strategy and research, Provoke Insights. “The cost of residential solar to consumers has decreased by 40% over the past 5 years, making the decision to go solar completely viable for an increasing number of homeowners.”

The conversation about solar power is often initiated when neighbors see solar panels on other homes; approximately two-thirds of referrals are given in person. The study also revealed underlying factors in solar provider choice, looking at net promoter scores. Full disclosure: The Provoke Insights study was commissioned by SunPower and distributed in July 2017 to identify trends, purchasing patterns and customer insights.

Research firm Itron recently released a report, Non-Tariff Revenue Models for Energy Providers, showing 20-25% of homeowners in U.S. broadband households are interested in bundling energy with a home service such as HVAC, warranty, or home security. These findings were presented at the Smart Energy Summit, which focuses on energy efficiency, demand response, and home energy management solutions.

Other stats from the report: