Crius Solar LLC is ready to expand its base of operations, starting with securing three new licenses: the Commonwealth of Massachusetts, Connecticut and New Jersey. The licenses affirm Crius Solar’s commitment to the safe and quality installation of solar PV systems in collaboration with local licensed electricians, and other non-electrical building professionals as needed.

“Recent enhancements to our solar capabilities will help the Crius Solar team expertly manage a customer from interest through to installation, delivering a superior, worry-free solar experience that helps the environment and our customers’ energy budgets,” says Christian McArthur, Executive Vice President. 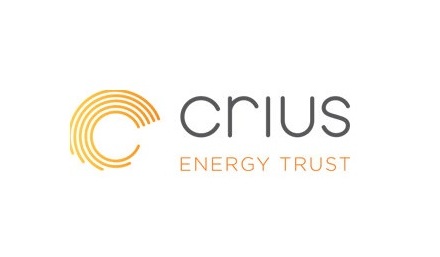 Once complete, the company’s solar business will transition from a solar product reseller to a fully integrated solar company with the technology, team, expertise and a track record of more than 20,000 residential solar installations dating back to 2008. Crius Solar plans to leverage these enhancements, as well as innovative bundled products from Crius Energy, to provide additional customer value and claim marketshare in the fast-growing solar energy industry.

As of the end of 2015, Massachusetts had 1,243 MW of installed solar electric capacity, ranking it sixth nationally and reflecting 10% growth in solar capacity over 2014. A key driver of this growth is the Massachusetts Residential Renewable Energy Income Tax Credit. Under this credit, the owner of a solar energy system can deduct 15% of the cost of the system (up to $1,000) from their state income taxes. Massachusetts residents also benefit from some of the nation’s best solar policies including net metering, where solar homeowners receive bill credits for their solar electricity at the same retail rate that they pay for their electricity in the Commonwealth.

In addition to solar energy system installations, Crius Solar will offer customers in Massachusetts an exclusive, low rate on solar through its sister brand Public Power. Designed to deliver value to Crius Solar customers before panels are even on the roof, the innovative ConnectNow electricity product bridges homeowners to the time when they will be generating their own clean, affordable energy.

RELATED: Study: Massachusetts should install a ton of advanced energy storage by 2020

RSIP provides rebates that lower initial out-of-pocket costs to Connecticut homeowners who wish to install a solar energy system. Connecticut residents also benefit from other incentives that help pay for solar installations as well as a statewide net metering policy, where homeowners receive bill credits for their solar electricity.

As of the end of 2015, New Jersey had 1,839 MW of installed solar capacity, ranking it fourth nationally. A key driver of this sustained solar demand is the full sales tax exemption offered on all solar equipment. This exemption eliminates the state’s normal 7 percent sales tax and reduces the effective cost of solar equipment in New Jersey. New Jersey residents also benefit from some of the nation’s best solar policies including net metering, where solar homeowners receive bill credits for their solar electricity, a statewide solar renewable portfolio standard and accompanying solar Renewable Energy Credit (SREC) market.

“We’re thrilled that one of the three states to reach 1 GW of installed solar capacity is also where Crius Solar begins to turn our vision of providing a better solar experience into reality,” McArthur noted. “As one of the few full-service solar energy providers integrated with a leading retail energy supplier, Crius Solar is uniquely positioned to raise the bar on going solar in New Jersey. We look forward to serving residents of The Garden State for decades to come.”