Check out the largest community solar project in New England 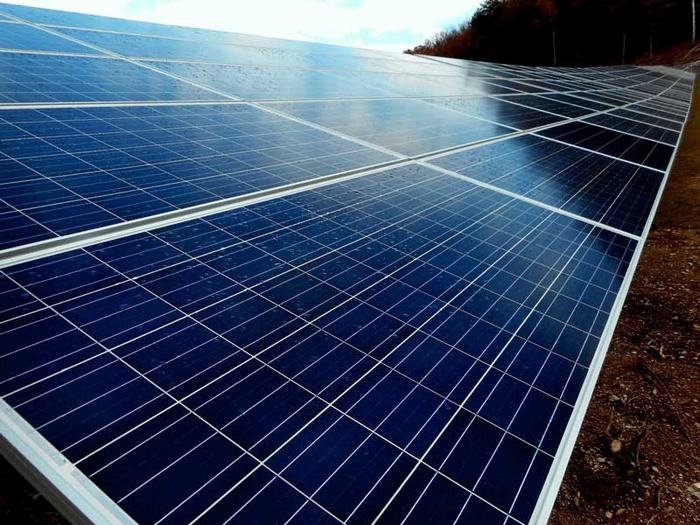 Community solar is one of the rising, fun trends in the solar industry. Nexamp, a solar developer and services provider, announced the completion of its first community solar project — a 2.3 MW “Nexamp Peak” at Jiminy Peak Mountain Resort, the largest ski resort in southern New England. Covering 12 acres near the base of the resort, Nexamp says the project is the largest community solar project in the northeast. Local community solar subscribers joined officials from Jiminy Peak and Nexamp for a ceremonial “flip the switch” celebration at Nexamp Peak. Commercial operation of the project will commence in the coming weeks, upon final approval from the local electric utility.

How Community Solar works: Through Nexamp’s Solarize My Bill community solar program, the value of the electricity generated by Nexamp’s solar projects is allocated to participating consumers to offset their electricity costs. Any Massachusetts electricity customer in National Grid, Eversource Energy, or Unitil service territories is eligible for Solarize My Bill.

Combined with Jiminy Peak’s existing 1.5-MW wind turbine, 75-kW cogeneration unit and extensive conservation efforts, this new solar array will enable the resort to offset 90 percent of its energy needs from local renewable resources, making Jiminy Peak one of the greenest four-season resorts in the nation.

“It’s important to us that we operate our resort as good neighbors and good stewards of the environment, which is why we’ve worked so hard to leverage as many renewable energy sources as we can,” said Tyler Fairbank, CEO of Jiminy Peak Mountain Resort. “We were thrilled to partner with Nexamp on both of these fronts to add solar energy into the mix in such a way that the neighboring community can benefit from the facility, too.”

Over 100 local residents will directly benefit from the project through Nexamp’s Solarize My Bill community solar program. Participants will pay a 15 percent discounted rate for the value of the electricity generated by their share of the Nexamp-owned solar project, which will be applied directly to their existing electricity bills.

“This project marks a tremendous milestone for us,” said Zaid Ashai, CEO of Nexamp. “Massachusetts has an opportunity to be a national leader in solar energy, and its residents and businesses are more aware than ever of the potential for clean solar power to lower their utility costs. Nexamp’s fully-integrated project development capabilities, combined with our Solarize My Bill community solar program’s unparalleled savings, ensure that we will remain a key piece of the energy transformation within the Commonwealth and beyond.”

Nexamp is a Massachusetts-based company that develops, owns, operates and maintains its own solar projects, offering consumers the convenience and peace of mind of working with the most qualified and locally-invested community solar provider in the Commonwealth. Nexamp acquired the development rights for the project from EOS Ventures, a renewable energy company focusing on wind, solar and cogeneration projects.