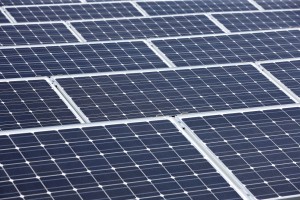 The facility, which commenced delivering power to KIUC on December 7, is currently the largest solar generation facility in Hawai’i. The solar facility is expected to generate, on average, approximately 10,200 MWh of electricity per year, and will provide KIUC and its members with clean, renewable solar energy for at least the next 20 years.

“The Port Allen Solar facility, along with our existing hydroelectric facilities at Wainiha and Kalaheo, will generate nearly 40,000 megawatt hours of clean, renewable energy each year, making A&B the leading generator of renewable energy on Kaua’i,” said Christopher J. Benjamin, president and chief operating officer of A&B. “We are pleased to provide this power to our partners at KIUC and its member owners, and thank them for allowing A&B to play a continuing role in helping Kaua’i meet its long-term renewable energy objectives, and to continue to deliver clean energy as we’ve done for over a century. We’d also like to thank the State PUC and Consumer Advocate, Mayor Carvalho and the Kaua’i County administration, the Kaua’i County Planning Commission and the Abercrombie administration for their support of this project along the way.”

“Completion of this facility represents a significant step forward in KIUC’s portfolio approach to meeting our aggressive long-term renewable energy goals. By utilizing a portfolio of solar, hydroelectric and biomass fueled projects, and a combination of both cooperative and independently-owned facilities, we believe we will be able to meet at least half of Kaua’i’s power needs with renewable sources by 2023,” said David Bissell, president and chief executive officer of KIUC.

“The Port Allen facility is the first of three utility-scale solar PV projects that will come on line on Kaua’i over the next two years,” Bissell added. “The A&B solar facility will supply almost 10 percent of KIUC’s daytime electrical load and annually produce about three percent of the total energy used on Kaua’i. By 2015, KIUC expects to draw 50 percent of its daytime electrical load from PV systems, the highest percentage of solar on any grid in the U.S.”

The Port Allen Solar facility was developed by A&B’s subsidiary, McBryde Sugar Co. LLC. Originally announced in July 2011, the project was constructed in less than nine months from receipt of PUC approval of the Power Purchase Agreement between McBryde and KIUC. The 6-MW polycrystalline panel solar facility is integrated with a 3-MW Battery Energy Storage System (BESS) installed by KIUC at the point of interconnection to the grid. The BESS facilitates greater stability on the KIUC system by maintaining a predictable flow of power from the Port Allen solar facility and other intermittent generation resources.