Adding solar power to water treatment plants can help mitigate costs. With an increased demand and major budget cuts limiting today’s utilities, it’s nice to be showered with extra cash once in awhile.

Zone 7 Water Agency serves more than 200,000 people in Pleasanton, Livermore and Dublin, Calif. Also, nearly 3,500 acres of South Livermore Valley vineyards receive its treated water. Water in California is no joke, and the price to treat it isn’t funny either.

Zone 7 had explored options of installing solar power at its Del Valle Water Treatment Plant in Livermore, but things just weren’t working out. The agency was in contract with a solar developer that had yet to complete the project in nearly three years. So Borrego Solar stepped in to get it finished.

“Water districts are wonderful customers and wonderful prospects for solar — from economic, environmental and public relations [aspects],” says Borrego Project Developer Steve Birndorf. “Solar can be a very tricky business in the sense that it is a very simple technology at the end of the day, but it’s complex in the way that you have to design it, engineer it, set it up and, most importantly, finance it. Financing becomes a big issue, and with this other company, they couldn’t finance it.”

Borrego had the financing. The company entered into a power purchase agreement with Zone 7 for a 20-year term. Zone 7 agreed to lease its land to Borrego, and Borrego will sell the electricity to Zone 7 at pre-determined, below-the-grid rates. 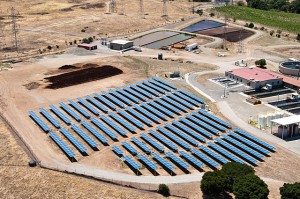 “Solar is very dependant upon and driven by incentives. This project, because it was in contract and was trying to get built for years, had some rebates reserved at the state level and those were going to expire,” Birndorf says. “Borrego was able to work very closely with PG&E [the electric utility] and with Zone 7 to make sure that those rebates didn’t expire.”

A federal tax grant would cover 30 percent of the system cost, and PG&E had a 26-cent per kilowatt hour rebate. But if not completed quickly enough, these cost savings would disappear. Borrego finished the 348-kW, single-axis tracking system within seven weeks — only a little quicker than the previous company on the job.

“We’ve been around for 30 years. We’ve done more than 1,000 installations, about 35 MW installed to date and last year we financed in-house and through our partners more than $100 million in projects,” Birndorf says of Borrego. “At the end of the day, having this integrated firm and having all these capabilities in-house, in addition to having really good relationships with clients and customers, I think that allowed us to not only get this project built in six to seven weeks but allowed us to do it in a way where the customer is extremely happy and the system is running well and they’re saving money.”

And saving money is the name of the game. The panels will produce about one-third of Zone 7’s water-treatment energy. The system should save the district $50,000 in its first year and more than $800,000 during its 20-year agreement with Borrego. The project features a tracking system — a little more expensive, but in the end more than worth it.

“It makes economic sense. Generally speaking, if the increased cost of moving up to a tracking system is offset by the increased production, then you should do it. In this instance, we see the tracking system adding about 20 percent more productivity,” Birndorf says. “The systems are 20 percent more efficient, and there’s not a similar increase in costs. That increased production relative to the cost can be translated into savings for water districts.”

Especially with large water treatment plants, just 20 percent more efficiency in its solar power system can really save some cash.

“Water treatment facilities are tremendous consumers of energy. They’re always running their plants, filtering water, cleaning water, and that requires a lot of energy,” Birndorf says. “If they can find smart investments to help mitigate those costs, that’s a good thing. In this day and age with budgets the way they are for most organizations, unless you can make a strong financial case, it really doesn’t make sense to try and sell or partner with somebody to develop a solar facility. It just won’t pass the board. It just won’t pass public scrutiny.”

As the public becomes more educated about solar and what it can do, Borrego thinks companies will also look into it more seriously. 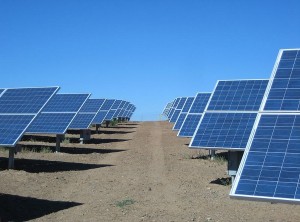 “We’re big proponents of working with these organizations to see if we can help them understand the economic, engineering and technical aspects and see if it makes sense for these organizations for solar,” Birndorf says. “People who work at facilities with solar really enjoy that. They’re being progressive and thoughtful and doing the right thing. For those reasons, solar is a great choice for a lot of municipal utilities and water districts in particular.”

Birndorf says he hopes other solar companies’ mistakes don’t leave a bad impression on the industry.
“You see these customers who want to go solar and they have a poor experience or somebody’s not skilled or qualified enough to pull the job off. That kind of gives us a bad reputation. It leaves a bad taste in their mouth,” he says. “[Zone 7] was an instance where we were able to come in under very challenging conditions, remedy the situation and really work with the customer to create a great solar project for them.”