Solar carports have secured a strong foothold in the industry in the last few years. They really are a double whammy — generating electricity while providing shade. California is a strong market for carports; many schools and municipalities have taken advantage. M Bar C Construction considers itself one of the first in the state — if not the country — to install carport structures with solar on top way back in the ’90s, and business hasn’t slowed since.

GAINING PROMINENCE
M Bar C Construction originally started in the 1970s as M Bar C Carports, building plain carports for apartments, condominiums and office complexes. In the 1990s, someone asked if the company could put solar on top, and M Bar C Carports installed one of the first solar carports in California. 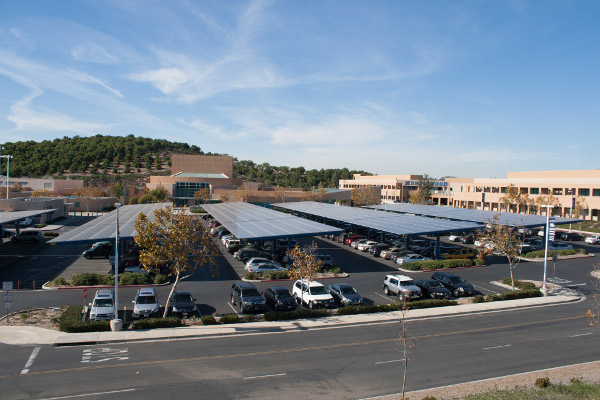 In 2005, the name changed to M Bar C Construction so the company wasn’t held to carports only, and it has since gained experience in other building plans, including ground-mount solar installations. While solar has become the dominate money maker for the company, M Bar C will work on any biddable construction project. The design/build firm is licensed in multiple states but finds most of its work in California. Projects come together quickly for M Bar C, mostly because of its pre-approved design from the Department of State Architecture (DSA).

“We spent time and energy on getting our design for a solar canopy/carport pre-approved through the DSA,” says Drew Lippert, vice president of operations. “In California, the DSA basically states that you can take a set of plans into them and have them completely gone through and make sure it meets all the state requirements, so any time you go on to a state-owned property — a school, a DMV — your plans and engineering have already been fully approved through the state.” 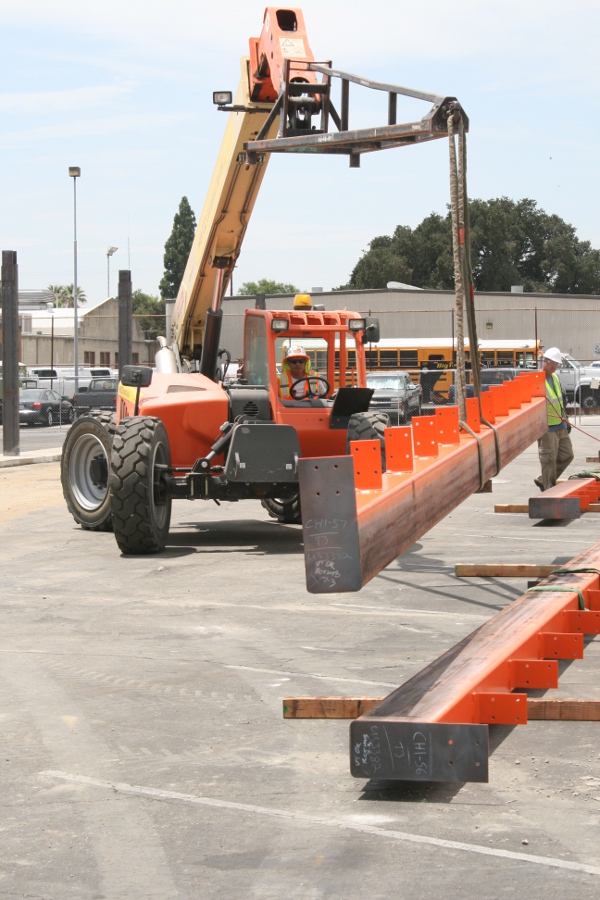 Crews work at Chaffey High School in Ontario, Calif., one of eight schools on a 7.2-MW district contract.

“Your typical permit time frame is anywhere from six months to a year and a half,” Lippert says. “With our plans already pre-approved, we just have to put the site specifics on and it’s an over-the-counter process — typically one or two days — and we can have plans ready to go. That’s what really sprung us into prominence in California, that we had a design that people liked that was highly efficient, not only in costs but also in the time frame it takes to put this on in the field.”

Although M Bar C has its own steel carport design, the company is open to installing other manufacturer’s designs.

“We do design/build on private work, and we build any one of the other biddable plans that are out there,” Lippert says. “We have built upwards of five or 10 other designs that people may want, but they want a really good installation crew. We have a very good name for quality, schedule and execution on site. People come to us for our work crew as well. The people that know us well know that we will build any structure that’s out there that is biddable. We have our own, but we don’t just do our own.”

M Bar C fluctuates between 80 and 120 hard-working employees all year. And they’re now even busier, since M Bar C’s carport design can include the actual solar panel installation.

“We have always done all the items [of a carport install] ourselves up to the purlins, which is at the point you would attach the panels,” Lippert says. “We have just come out with a new patent-pending product that [includes] the panel install. We call it the Fast Install Track (FIT) system. That new track allows us to also install the panels for them with about a 50% savings in panel install time. We are now offering a complete build, including the panels installed but no electrical being connected.”

ALWAYS WORKING
Lippert says M Bar C typically finds itself between 16 and 24 MW of work going concurrently at all times. One recent project includes a 21-site school installation coming in around 8 MW.

“We don’t do the single, small carport work. We do commercial work,” Lippert says. “We have done 100 kW; it’s not our bread and butter. We will do it for our client base if they need it. We’re always chasing the big jobs.”

Carports are M Bar C’s main focus, but ground-mount solar installations are becoming a big part of the equation too.

“We are actively bidding on ground-mounts every single day, every week,” Lippert says. “We look at them as an add-on for most projects.”

Most of M Bar C’s projects are multi-site installations, often requiring ground-mounts in addition to carports.

“[With schools,] in some cases, they want to put a solar array over a parking lot, but they need a little more out of their system,” says Neil Bradley, director of sales. “They have a slope or field that they figure they could throw some solar on. They would just add on the ground-mount while we’re there.”

Bradley says that since M Bar C has been really tracking its installations numbers beginning in 2006, the company has installed 160 MW in solar carports — around 10.5 million square feet. That number is much larger when you consider M Bar C has been working with solar since the 1990s.

“We are one of the pioneers,” Bradley says. “Certainly we have a lot of competition, but not many people can hang their hat on how long they’ve been doing it.” 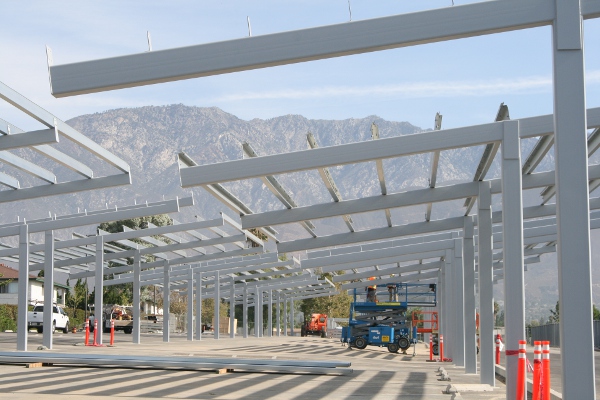