Quick Climb to the Top

Looking to shake up the solar mounting market, GameChange Racking has made some big strides in its first few years.

GameChange Racking has taken its mantra to be a “game changer” in the solar industry very seriously in its short life span. Focusing on quick installation, quality and value, GameChange products are carving out a niche for themselves in the commercial and utility-scale roof- and ground-mount markets. Within the last year, its newest product — the GC Pour-in-Place Ballasted Ground System — has introduced a unique way to install solar on difficult or unstable grounds. It probably won’t be the last product in GameChange’s arsenal to transform the way installers build solar projects.

GameChange Racking formed when two ambitious brothers took their career knowledge to the next level. Andrew Barron Worden had been involved with finance, starting Baron Partners, which invested in various cleantech companies, when he had a chat with his brother James — the founder of inverter manufacturer Solectria Renewables. The pair decided to use their expertise to build and operate some solar power plants. As they worked on projects, they began to understand that racking was expensive, cumbersome and difficult to install. 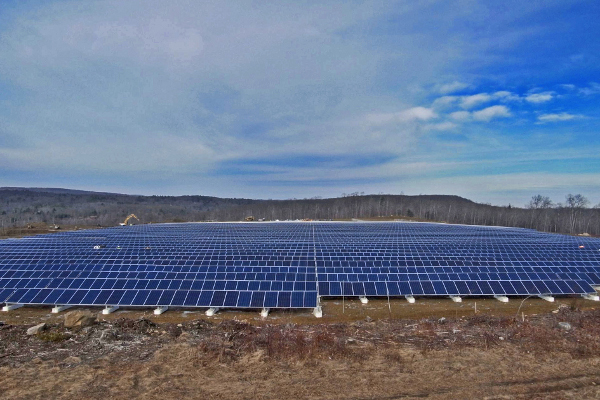 “We just thought that there has to be a better way to do it,” says Andrew Barron Worden, GameChange’s CEO. “So we started our own racking business [in 2012], designing our own racks. We were able to install a lot of racks very quickly because we were building our own power plants. The last six power plants we built, we were able to move through multiple generations of innovation in the field.”

James stayed on at Solectria, and Andrew immediately started putting all the mounting designs through UL, wind and load testing.

“When you’re new, people are kind of nervous, so we figured we’d better get the best testing and certification in the industry,” Worden says.

“We’ve really focused on bankability,” Worden says. “Starting at a high level, we know that as an investor, bankability is critical. We don’t want to just sell them. They have to be well put together.”

“It’s kind of overkill for fixed-tilt racking, honestly, but it gives you the golden seal of approval,” Worden says of all the testing. “We wanted to go with the best wind tunnel testing company in the industry, and it seems CPP are the grandfathers of wind tunnel testing. They hit it from every angle so you do get the worst possible results, which is a good thing. That was very valuable. We fiddled with our designs. We completely changed our roof system’s wind deflector, for example, as a result of that.”

GameChange has four product lines — ballasted-roof, post-ground, ballasted-ground and carports. The latest pride-and-joy is the Pour-in-Place ballasted ground-mount, one that doesn’t use precast concrete blocks.

“We looked at the ballasted ground industry and saw there was no cost-effective ground system in the marketplace,” Worden says. “At the time, there was nothing under 30 cents per watt. Our original product was pavers on metal trays, and we came in at sub-20 cents including pavers. We’ve since come out with the pour-in-place technology.” 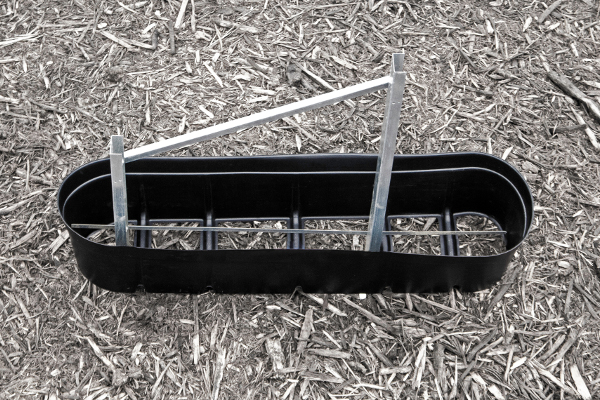 Recycled plastic tubs are dropped onto the ground, and support rails are dropped into the tub. Then concrete is pumped into the tubs. Compact track loaders can maneuver around and get the wet concrete from place to place, but for especially temperamental ground conditions — like landfill caps — GameChange suggests using concrete pump trucks. With the right crew, a pump truck can fill tubs in 45 seconds or less without putting a strain on delicate ground surfaces.

Panels can then be mounted using T-bolts and clamps, and integrated wire management trays are on the aluminum rails. GameChange says the complete system price including ballast runs at just under 20 cents per watt.

Worden says the Pour-in-Place system is obviously great for landfills and brownfields, but it also works well on any average ground-mount installation.

Worden says that GameChange’s ballasted roof system is the company’s biggest seller by way of number of installations, but he expects the pour-in-place technology to really pull ahead in the coming years.

“We’re focusing our existing products for commercial and utility-scale,” he says. “We have four great products. The orders are not an issue to get. We want more responsible control growth on our existing product line and to just keep flushing out and making improvements on install time and execution.”

“We’re in the field with electricians asking them what they would do better,” he says. “We come up with innovations on a weekly basis, and most of them come from our customers in the field. A year ago, we didn’t have any in-house engineers; now we have four. We’re filling out our bench in-house, and we’re completely pedal to the metal right now.”