Chances are you’ve heard of Stone Brewing Co. The 10th largest craft brewery in the United States has distribution in 37 states and the District of Columbia. Its popular brews include Stone Pale Ale, Stone IPA and a wittily-named Arrogant Bastard Ale released in 1997 to challenge popular beer companies that were keeping Americans “chained in the shackles of poor taste.” 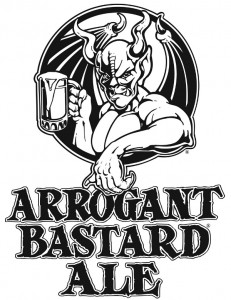 Rightfully arrogant with its business model (Stone Brewing Co. is expected to produce 210,000 barrels of beer, a large increase from 25,000 barrels 10 years ago), the company located in Escondido, Calif., is also a huge advocate for sustainability and doesn’t shy away from its green attitude. Recycling, compositing, refurbishing and repurposing are priorities at the brewery, two Stone Brewing World Bistro & Gardens restaurants and Stone Company Stores. Electric car charging stations are at one restaurant, and biodiesel is used in distribution trucks. Evaporation cooling is used in all brewery process refrigeration systems. A 2008 installation of a 312-kW PV system on the brewery rooftop (which accounts for 25 percent of the energy used on-site) opened the door for a second PV installation at Stone Brewing Co.’s brand-new packaging hall. Roadblocks with wind loads and an east/west facing array almost halted Stone’s rise to the most environmentally-friendly beer in the world. Instead, developer Independent Energy Solutions Inc.’s smart thinking and great design helped the 360-kW installation at the packaging hall win first place in the roof-mount category of Solar Builder’s 2013 Project of the Year awards.

“At Stone Brewing Co. we are consistently looking to reduce our energy consumption,” says Steve Wagner, president and co-founder of Stone Brewing Co. “We had a successful experience with the system on our brewery and the power demands at our new packaging hall justified the expense of the system. We are based in Southern California which affords us the opportunity to harness a lot of sunshine and use it to our advantage.” 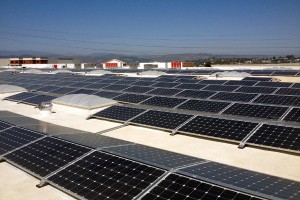 Back in Aug. 2012, ground was broken on the new packaging hall. The nearly 60,000-sq ft building today houses all of Stone’s bottling and kegging operations and a few offices and storage. It was decided to include a solar system on its roof while construction was still happening on the building. Independent Energy Solutions (IES) won the bid and had a tough road ahead of them. Brad Souza, vice president of business development of IES, says the project was incorporated into the existing construction process without impacting the building’s construction schedule, but there were already unfriendly solar issues with the roof when IES came in.

“The roof was designed to handle the weight of the PV system but not the uplift due to wind,” Souza says. “The Everest racking system eliminated uplift concerns. Although the system is not at the optimal tilt, Everest’s low profile allowed us to increase the overall power capacity of PV on the rooftop.”

IES went with Everest Solar Systems’ D-Dome mounting system — a double-sided, low-ballast system. Each row of modules is butted up against the next, eliminating shading between rows. The system is elevated at 10° on both sides, and its aerodynamic optimization enables minimal ballast — thus making it a perfect fit for the packaging hall’s roof. This unique design also helped with covering nearly every section of the roof with panels, something Stone Brewing Co. specifically requested.

“The overall PV capacity was increased to maximize the available roof area, meeting [Stone’s] desire for the largest PV system that met their economic requirements,” Souza says. “[IES helped] our customer realize and benefit from the vastly renewable resource which the sun provides [that] has helped lower their operating costs. The east/west facing array design, coupled with a semi-ballasted sub-structure, helped utilize every square foot of space on the rooftop.”

Everest is fairly new to the U.S. market — European parent company K2 Systems opened the U.S. division in late 2012 — but IES felt confident with the D-Dome product, especially since it was manufactured in nearby Oceanside, Calif. 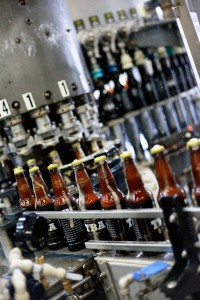 “The IES team visited their facility and reviewed their product in detail,” Souza says. “IES takes this approach with all new products, which also includes several quality control measures during construction to ensure that the system is installed correctly.

“The resulting system looks wonderful,” he continues. “From an aesthetic standpoint, the system is not visible from the surrounding properties or from the street, another key requirement in the design phase which was satisfied by Everest.”

IES — which finished the solar project in July 2013 — utilized a distributed inverter approach, locating 14 20-kW Refusol (now AE Solar Energy) string inverters on the rooftop. This eliminated long DC wire runs and the eyesore of large inverters at ground-level. A decentralized system removes the inverter as the single point of failure. If one inverter fails, the remaining inverters will continue to function. There is also no need for numerous combiner boxes, so the overall project is cheaper. With the inverters on the roof, it saved valuable space on the ground floor of the packaging hall. 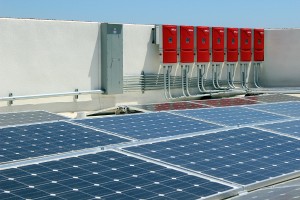 “When Independent Energy Solutions enlisted our help, we realized the project posed several unique challenges, most notably limited rooftop space and the developer’s desire to minimize the amount of long DC wires running through the installation,” says Gordon Tredger, president of AE Solar Energy. “The key to addressing these challenges was the decentralized design built into the array of 14 three-phase string inverters. This distributed generation scheme will result in increased production, greater uptime and ultimately higher overall ROI for the Stone Brewing Co. We see this award as a reflection of AE’s commitment to providing customer flexibility and serving solar installations of all kinds.”

This year, Inc. Magazine named Stone Brewing Co. as one of its “5000 Fastest-Growing Private Companies,” for an impressive seventh year in a row. As a quickly and consistently growing company, Stone believes sustainability will assist them in their journey.

“Brewing can be a resource-intensive undertaking and we recognize we have a responsibility to minimize our impact on the environment and our community,” Wagner says. “We also find that introducing sustainable efforts is important to our team members and has a long-term financial benefit for the company as well.

“[The solar installation] transfers to every part of our business — not just the beer.”