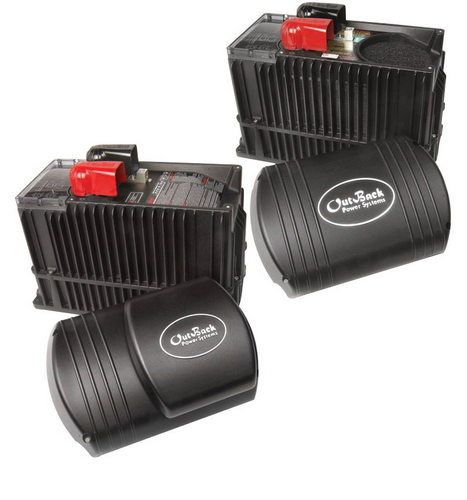 OutBack’s products are the first battery-backed inverters to qualify for HECO’s stringent “ultra-fast trip” requirements, overcoming the utility’s perception of grid instability and providing customers the opportunity to control their own energy future.

Due to Hawaii’s high electricity costs – the highest in the United States – many residents are looking for alternate forms of energy, including solar power. However, HECO’s renewable energy restrictions made it impossible to implement grid-tied systems and forced many islanders to go entirely off-grid. OutBack’s HECO-approved, battery-backed inverters now allow residents to reduce electricity costs through renewable energy sources, yet remain connected to the grid providing them with grid-stability and more freedom to manage their energy sources and costs.

“OutBack Power shares Hawaii’s commitment to renewable energy, but, to achieve that goal, energy storage is a requirement. HECO’s certification of our battery-backed inverters validates the market need for energy storage and promotes a new energy future for Hawaii,” said Brandon Provalenko, director of North American sales at OutBack Power. “Our technology will meet HECO’s requirements today and in the future and gives consumers the opportunity to use, store or sell the energy they produce to maximize their solar investment.”

Hawaii recently announced its plans to generate 100 percent of its electricity using renewable energy by 2045. OutBack’s drive to secure HECO’s approval signals its ability and commitment to providing Hawaiians with the energy storage capabilities required to support this transition. And, as utility rates around the rest of the country continue to increase, the technologies supporting energy storage and grid agility, proven in Hawaii, will be readily implemented in other energy-challenged regions.

“We like to advertise that we really deliver freedom to choose how our clients power their homes and even their vehicles in some cases — in the case of solar electricity, that’s freedom from utilities through energy independence,” said Scott Sparkman, owner of Honolulu-based Mercury Solar. “OutBack Power’s Grid/Hybrid systems help us make good on that promise, by providing our customers with the choice of staying grid-connected or going totally off-grid with one flexible system and with no worries about the utilities’ rules changing later since their technology can stay ahead of it all.”

OutBack Power’s advanced technologies and products provide consistent and stable performance for both Hawaiian customers and the HECO grid. In the event of grid failure, the battery-based inverters re-engage to protect the loads in the home. Furthermore, because OutBack’s inverters are backed by storage, they can absorb potentially damaging voltage surges that are often a concern for utility companies.

With an emphasis on product performance, OutBack has established itself as the product of choice in harsh environmental conditions and applications where product reliability is paramount. Whether the application is village micro-grids in Africa, rural electrification projects in Latin America, remote off-grid cabins in Alaska, or a suburban home in Southern California, OutBack Power Technologies has set the bar for delivering advanced power conversion electronics.